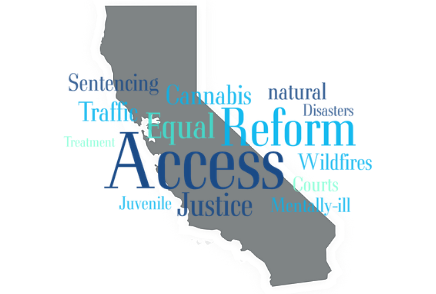 On Jan. 1, hundreds of new laws go into effect in California, including many impacting the courts. New laws include post-conviction relief and sentencing, juvenile justice reform and updated emergency measures to help courts weather natural disasters.

Adding to a slate of major reforms last year, a new package of laws will further seek to ensure all but the most serious cases are tried in the juvenile justice system. The laws will: 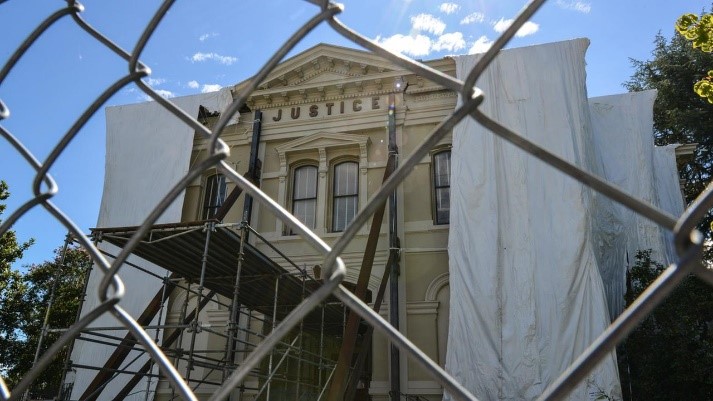 Napa’s courthouse was shuttered after the 2014 earthquake.

As wildfires and natural disasters increasingly threaten California cities, SB 1208 improves emergency procedures available to courts in a disaster. It expands on existing law that allows courts to transfer cases to an adjacent county by allowing transfers to courts within 100 miles of the county border.

"During the 2017 wildfires in Sonoma, people were still showing up at the courthouse in need of critical services, like domestic violence restraining orders," said Sonoma County Judge Gary Nadler, a Judicial Council member who worked on the legislation. "This new law will help courts keep services accessible as California is threatened by larger and more frequent natural disasters that cross county lines."

(Read how the Ventura court welcomed their Santa Barbara neighbors after the Thomas Fire).

As is often the case with old state statutes (this one dated back to 1953), the previous language was rife with archaic terms like  “insurrection, pestilence, or other public calamity.” The new law swaps the dated terms with more typical emergency scenarios of the current day, like wildfires or terrorism.

The Judicial Council each year sponsors Legislation to further its mission of providing equal access to justice for all Californians. The laws will: