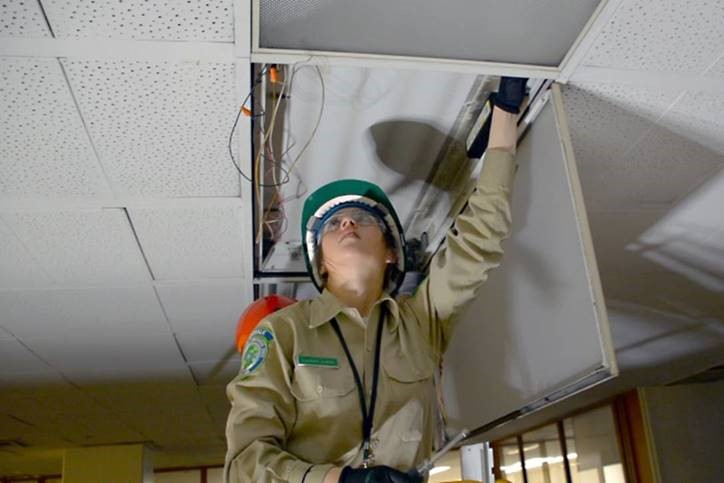 (At present, the Judicial Council is not moving forward with the project described below)

The Stanley Mosk Courthouse in downtown Los Angeles is undergoing a retrofit of its lighting fixtures that will recover installation costs in less than two years and save taxpayers more than $6 million over the next 10 years in energy savings.

The Judicial Council of California is leading the switch to LED lighting, and recently started work on the nearby Foltz Criminal Courthouse.

“These are two of the largest courthouses in the state, and the lighting retrofit will have a large monetary and environmental impact,” said Mike Courtney, director of Facilities Services for the Judicial Council of California, which oversees 483 court facilities around the state. “We have plans to expand the scope of the retrofit project--originally 22 courthouse facilities--by adding 42 more courthouse sites. We could potentially save more than $20 million dollars in courthouse maintenance costs over the life of the LED lighting.” 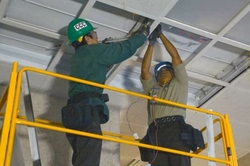 The California Conservation Corps is a state agency offering young men and women a paid opportunity to improve California's natural resources and communities. Corps members also receive weeks of training specific to the courthouse lighting retrofit and the skills they learn are directly transferable to the energy sector.

“The Corps has changed out thousands of energy-inefficient lighting fixtures for more efficient LED lamps in schools, libraries and public buildings throughout California,” Bruce Saito, director of the California Conservation Corps. “We’re pleased to partner with the courts and give young adults an opportunity to get paid while they gain experience and skills that will lead to meaningful jobs.”

New Dimmable LED Lamps Save Even More Energy
As part of the lighting project, the courts requested the retrofit use dimmable lamps to allow for more flexibility and the ability to reduce energy costs even further. To avoid the added cost of changing the lighting switches to ones with dimmers, the Judicial Council worked with One Source LED Lighting (located in El Dorado Hills), which developed a dimmable lamp that specifically worked with the existing switches. The step dimmable lamp enables court staff to set the light at 100%, 50%, or 25% of capacity.

California Courthouses Working to Reduce Additional Energy Costs
In addition to LED lighting, the judicial branch started a project this year to reduce courthouse maintenance and utility costs by more than $10 million. At its business meeting last May, the Judicial Council directed its staff to work with local courts to implement a series of conservation and energy-efficiency strategies. The plan includes a goal of reducing utility costs by 10% related to facilities lighting; heating, ventilation, and air conditioning (HVAC); and plug load. Video from meeting 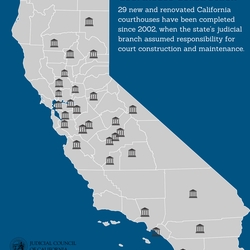 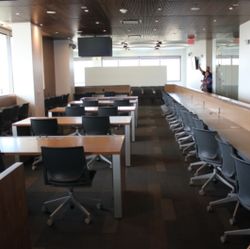