SAN DIEGO—Associate Justice Alex C. McDonald passed away suddenly on Thursday, September 8, 2016. Justice McDonald served on the Court of Appeal, Fourth Appellate District, Division One, for 21 years. He was 79.

Administrative Presiding Justice Judith McConnell commented that, “We are all very saddened by the sudden passing of our friend and colleague Justice Alex McDonald. He served on the Court since June 1995 and was known for his deep intellect, willingness to learn new areas of the law, and great sense of humor. He made a great contribution to our Court and the cause of justice”

Following law school, Justice McDonald studied Indian Constitutional Law at the University of Bombay, India and was a law clerk for California Supreme Court Justice Raymond E. Peters. He was in the private practice of law in San Diego as an associate, partner, and managing partner from 1963 until he was appointed to the Court of Appeal by Governor Pete Wilson in June 1995.

Justice McDonald is survived by his wife, four daughters, and many grandchildren. Services have not yet been scheduled. 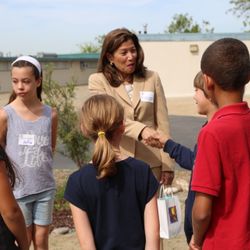