SAN DIEGO—During its two-day public meeting on October 27-28, the Judicial Council heard, considered, or took action on the following items:

State-level Reserve Fund for Trial Courts: The council approved an updated process for trial courts to apply for emergency funding from the newly established $10 million state-level reserve. The council is required to report to the Legislature and state Department of Finance by Oct. 1 of each year detailing all requests and allocations made for the preceding year. Listen

Trust Funds Held on Behalf of Trial Courts: The council approved requests for funds to be held on behalf of trial courts in Mendocino and Napa Counties so they can address significant expenditures related to case management systems that cannot be financed within their annual budgets. Listen

Court Statistics Report: The council received an update on the newly released 2016 Court Statistics Report. Court filings in California have decreased by 9% in fiscal year 2014-15, a decline of more than 660,000 cases from the previous fiscal year. Approximately 90% of the decline occurred in matters that tend to be less complex, such as infractions, small claims, and civil cases in which the amount in dispute is $25,000 or less. Listen

Judicial Workload Assessment: The council approved a report for the legislature and the governor on the need for new judgeships. While judgeship need has decreased per the decline in court filings, the report shows that nearly 189 new judicial officers are still needed in 31 courts to meet their workloads. The council also approved a proposed priority ranking for any new authorized and funded judgeships. Listen

Court Adoption and Permanency Month: The council approved a resolution proclaiming November to be Court Adoption and Permanency Month. The annual resolution recognizes the efforts of California’s juvenile courts and their justice partners to provide children and families with access to fair, understandable judicial proceedings that lead to safe, stable, and permanent homes for youth in foster care. Listen

An archived audiocast of the entire meeting broken out by topic will be available on the council’s meeting information webpage. 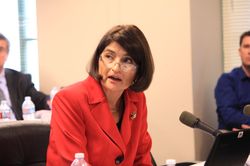 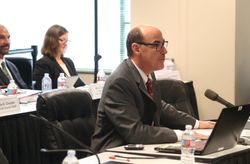