California’s courts serve a state with nearly 40 million people, whose daily lives trigger disputes about matters ranging from child custody to housing to digital privacy. But ensuring that all people in the state can protect their rights and interests by accessing the courts means we must contend with California’s enormous—indeed, almost unique—linguistic diversity.

On any given day, in courthouses throughout the state, members of the public fluent in dozens of languages—yet lacking fluency in English—show up in court. In California—home to the most linguistically diverse population in the nation—the challenge has been formidable.

Our residents speak more than 200 languages, and 7 million people struggle with limited English. At the same time, we face a shortage of court interpreters trained to speak the many languages we need.

For the last four years, we’ve been hard at work buttressing our courts’ capacity to meet these needs. In 2015, Chief Justice Tani G. Cantil-Sakauye asked me to chair the Language Access Plan Implementation Task Force.

Our goal is to deliver on the courts’ promise of ensuring equal access to justice for all Californians, no matter what language they speak. With strong support from judges and court leaders, interpreters and Legislators, our task force has made tremendous gains over the last four years.

Sometimes local trial courts have a difficult time finding interpreters for their full range of language needs, or resources for signs and forms in languages their court users can understand. But we’ve made headway by building on ideas from our trial courts, creating coalitions, gathering better data, and channeling California’s culture of innovation.

In 2015, only nine out of our 58 trial courts provided interpreters in these critical cases; today 51 of our trial courts provide these services. Having a qualified interpreter means we can avoid the heartbreaking scenario of a child translating for her or his parents in family court, or a tenant relying on his landlord to explain what a judge is saying in an eviction proceeding.

In Sacramento, Merced, and Ventura counties, we launched a pilot project to see if using remote video could help broaden access to interpreters in the future. When used appropriately, this technology has the potential to increase access to qualified interpreters, meet the need for languages spoken less widely, and reach residents in the most remote parts of the state. 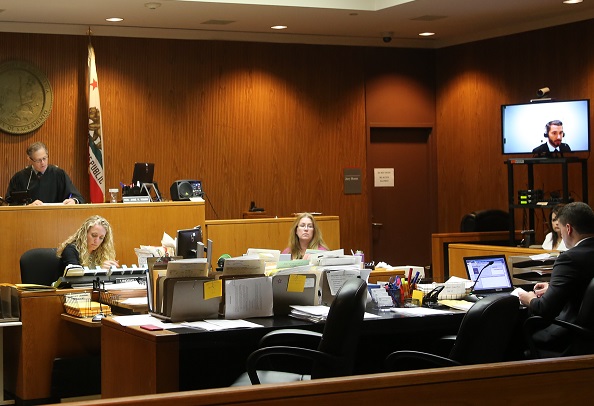 A pilot program in the California courts enables interpreters to perform their duties via video from a remote location.

At every step of the way we’ve been reminded that improving language access is an opportunity and an urgent challenge. We continue to recruit new interpreters, identifying regional needs, and supporting training programs to help prospective interpreters pass the qualifying exam.

We improved data collection, expanded multilingual signage at courthouses, designated representatives at each courthouse to coordinate language services, and created a new complaint form that provides an outlet for court users if needs are not met.

In Santa Clara, we’ve begun testing on how handheld tablets may help with digital translation at counters and in self-help settings. We are learning from other sectors such as health care, and hoping to inspire other court systems around the country to follow California’s example.

Although California is a leader in language access, we’ll need to continue this work to deliver what the courts promised. We need to work with Gov. Gavin Newsom and Legislature so we can find new resources to complete and sustain the expansion of interpreter services in civil proceedings, including small claims.

The Judicial Council of California has approved a standing Language Access Subcommittee, ensuring that language access will remain a central issue for our courts’ long-term commitment to access for all.

Courts and our state have other important needs that must be met. But as I’ve traveled across the state to San Joaquin, San Diego, San Bernardino and other counties, I’ve been heartened to see how people come to understand the reason why we must keep working on language access in our courts.

When Californians get shut out of our courts because they can’t communicate in English—whether the person is a witness in a criminal trial, a small business owner trying to clear her name, or a potential victim of elder abuse—the public ends up paying the price.

Mariano-Florentino Cuéllar is a Justice of the California Supreme Court and Chair of the Implementation Task Force on Language Access, LAP@jud.ca.gov. He wrote this commentary for CALmatters.

"Having a qualified interpreter means we can avoid the heartbreaking scenario of a child translating for her or his parents in family court, or a tenant relying on his landlord to explain what a judge is saying in an eviction proceeding."