Legislators, judicial officers and academics at the state and federal levels met to discuss common goals, improve communication between branches of government.

The program was presented by the Institute for Democracy & Justice (the Chief Justice serves as honorary chair), in conjunction with the California State Federal Judicial Council and the American Board of Trial Advocates.

“The beauty of today is that the Chief Justice brought us together,” said Becerra. 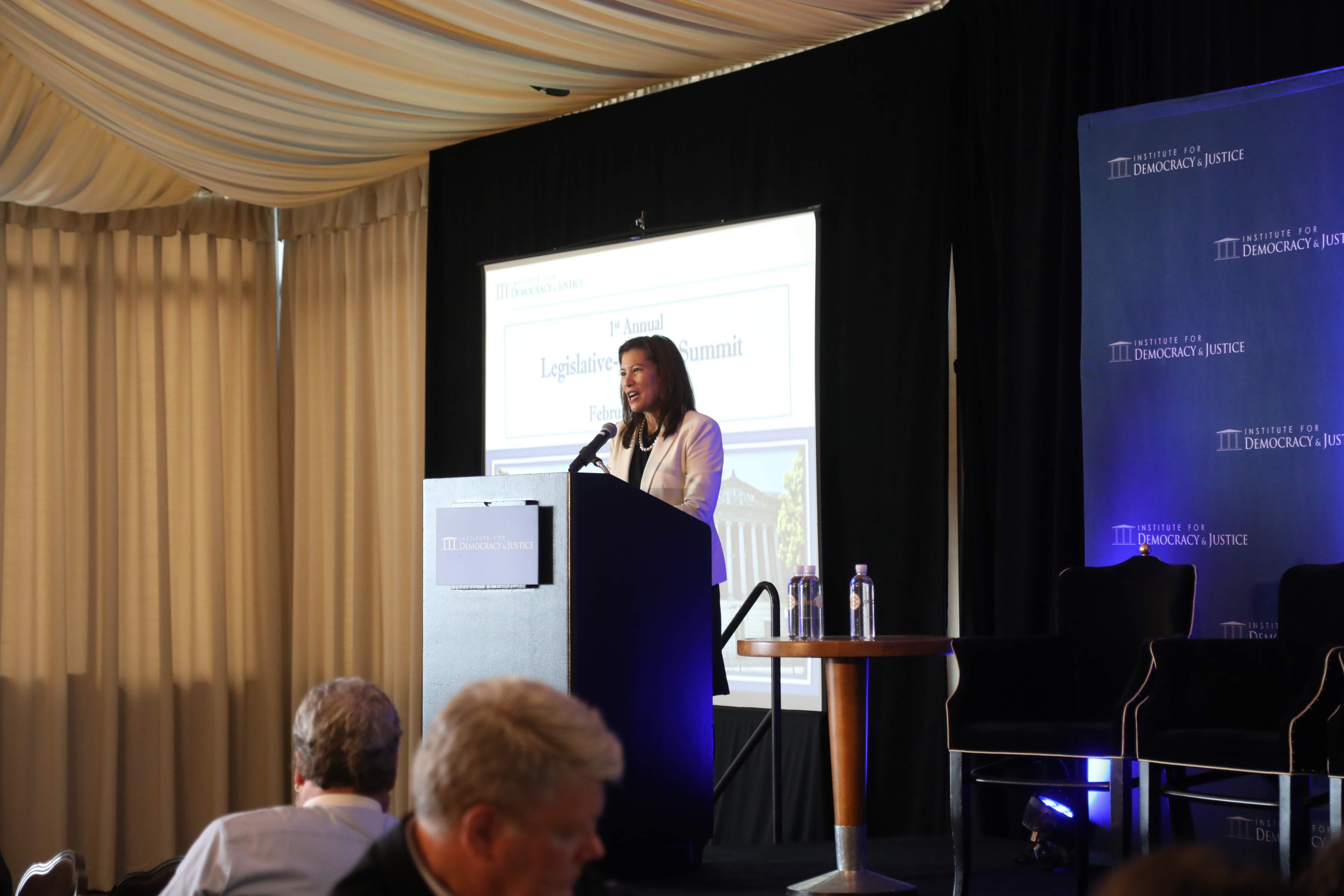 Chief Justice Tani G. Cantil-Sakauye gives remarks at the Legislative-Judicial Summit on Feb. 27, 2019, in Sacramento. Members from all three branches of government attended the summit and strategized ways to accomplish common goals.

U.S. Senator Kamala Harris, a former honorary co-chair of the Institute for Democracy and Justice, commenced the summit with a video greeting. 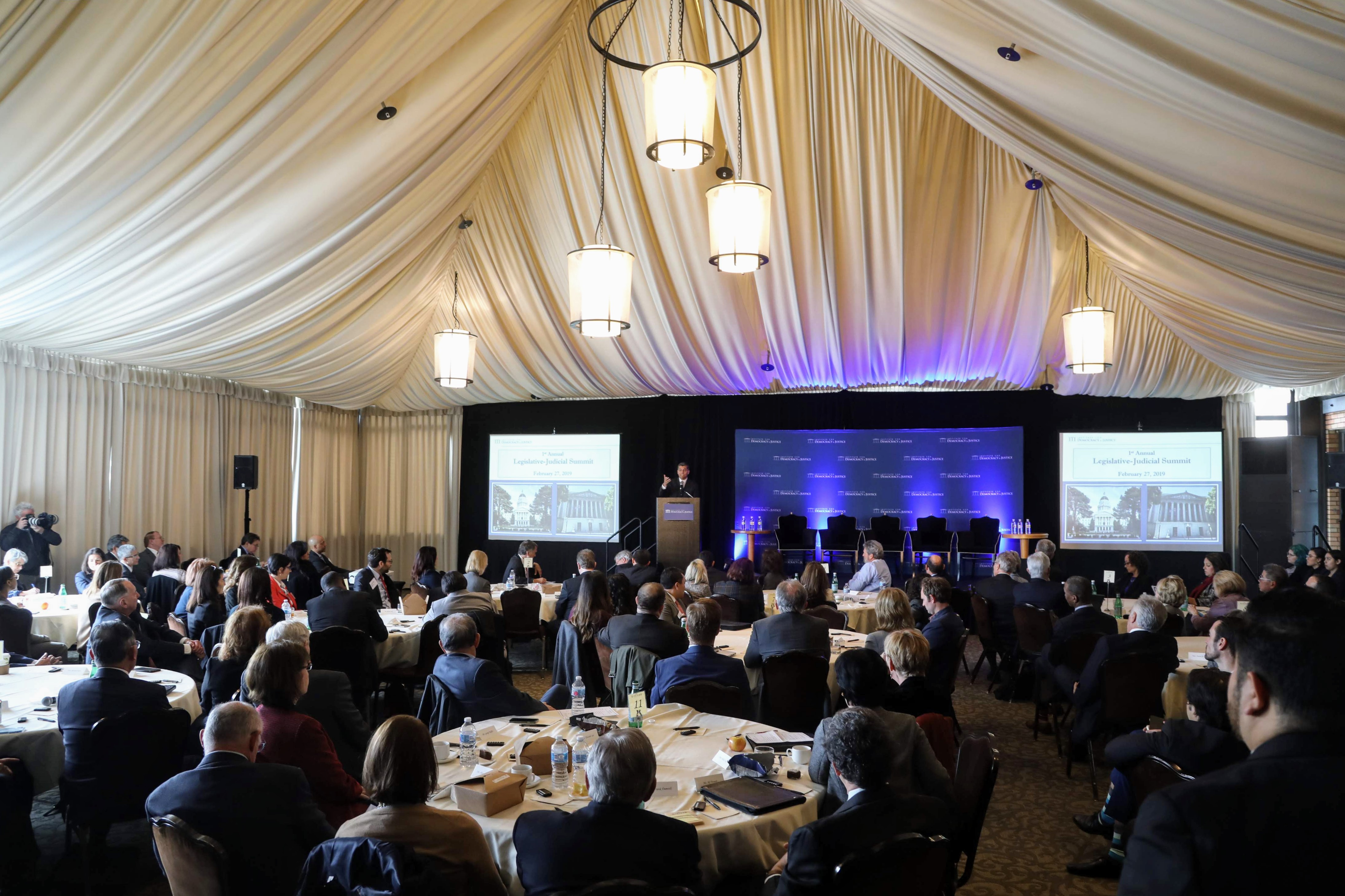 More than 100 legislators and judicial officers attended the Legislative-Judicial Summit. 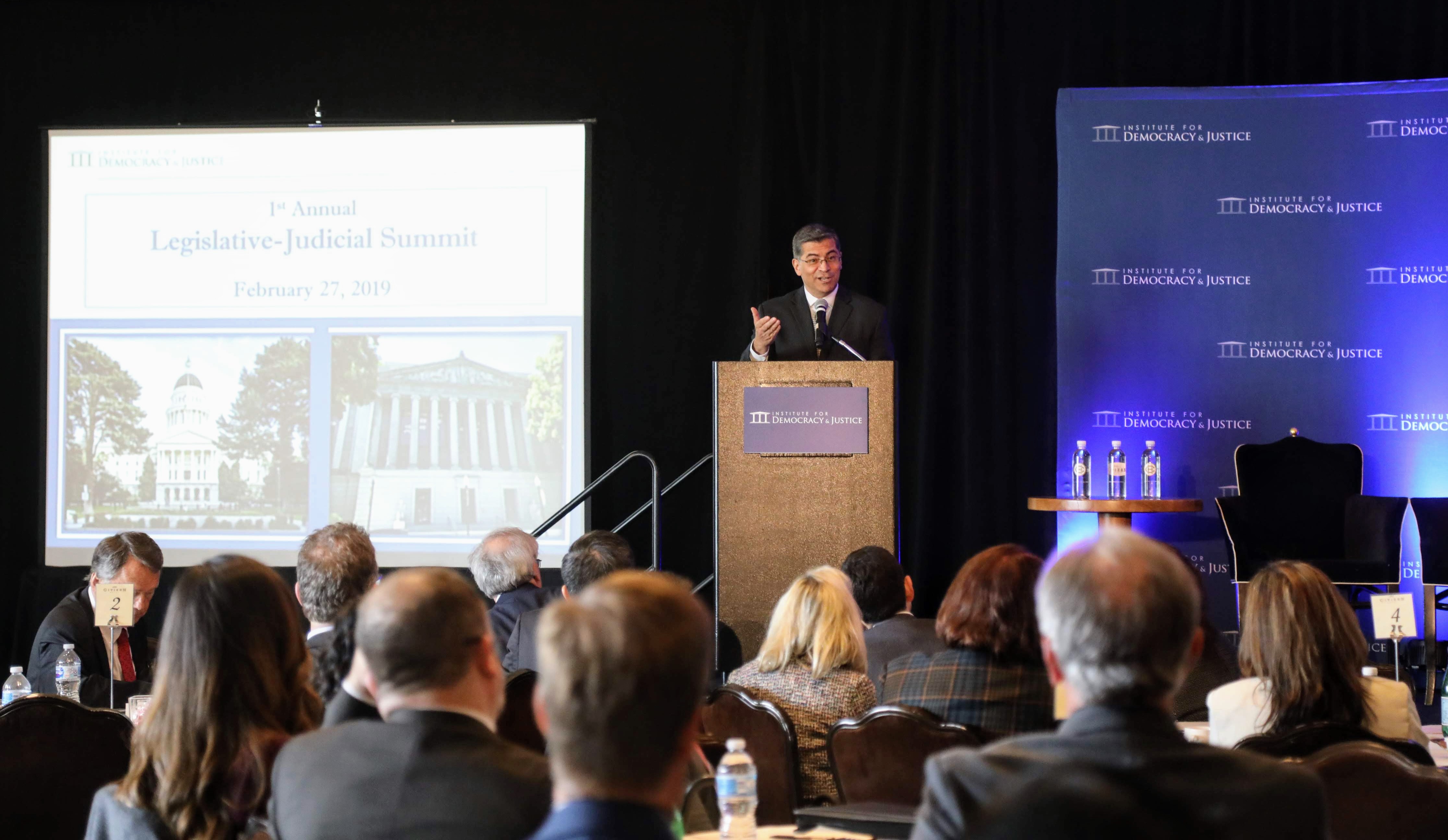 Attorney General Xavier Becerra speaks to members of all three branches of govenment at the Legislative-Judicial Summit sponsored by the Institute for Democracy and Justice. 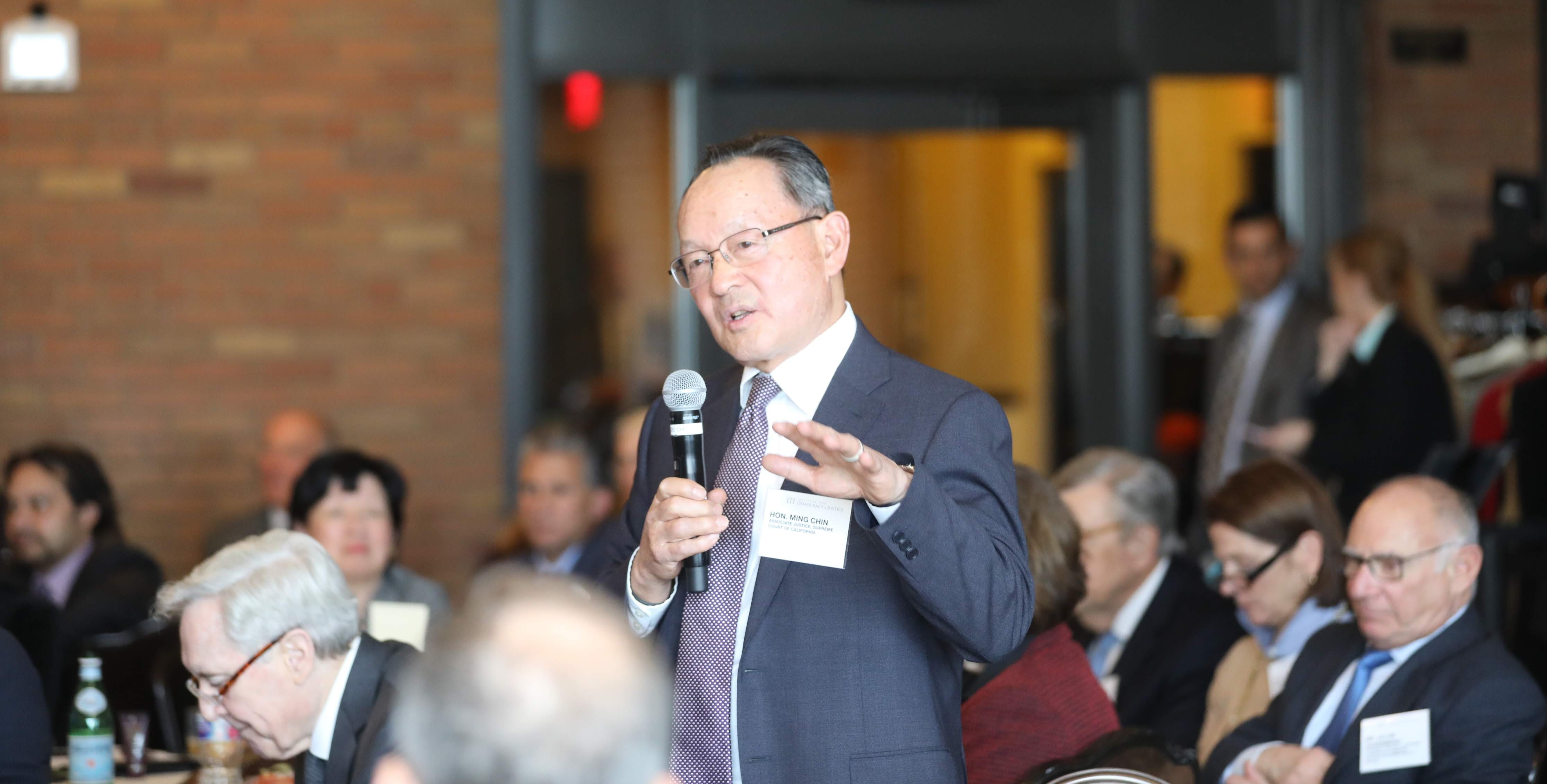 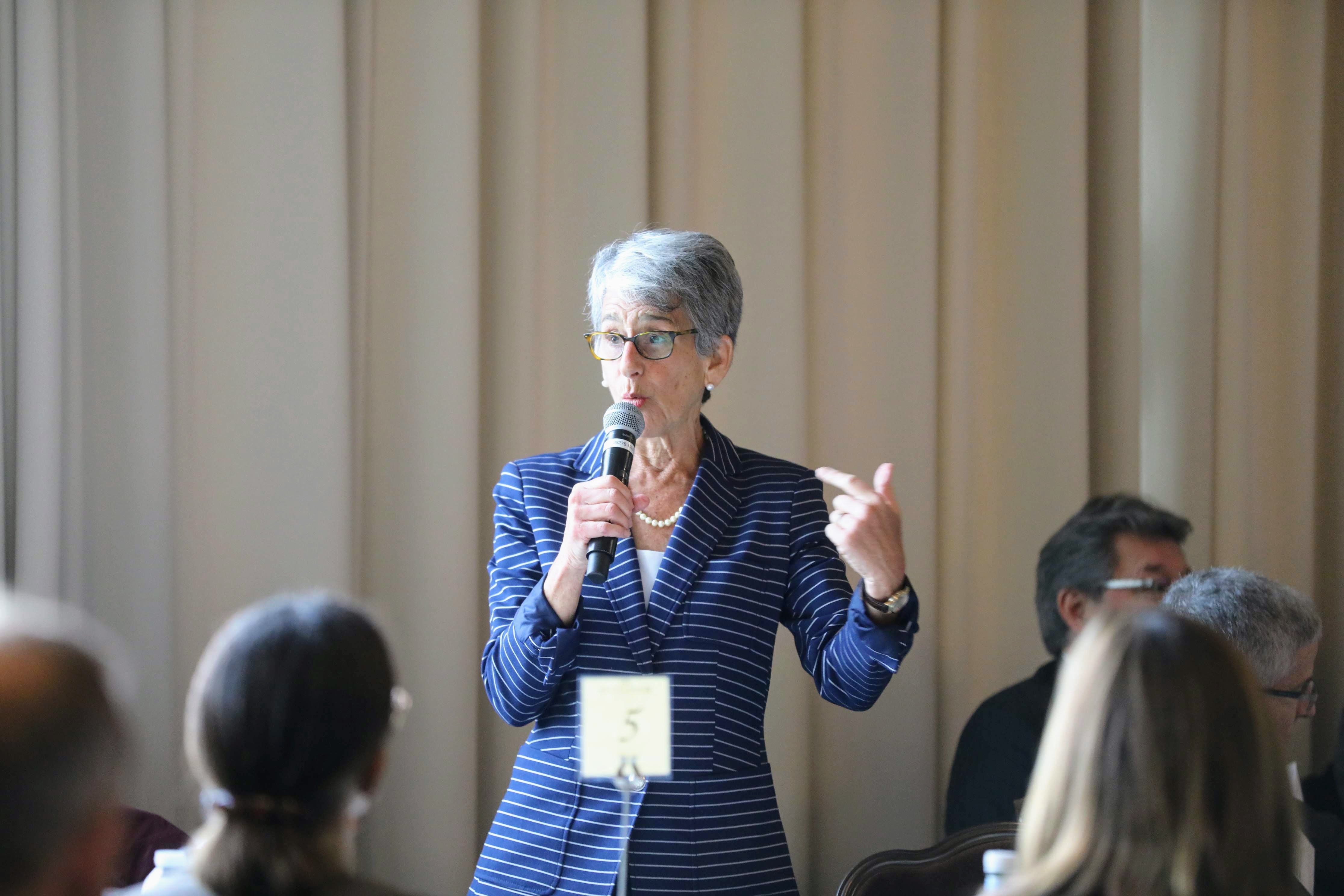 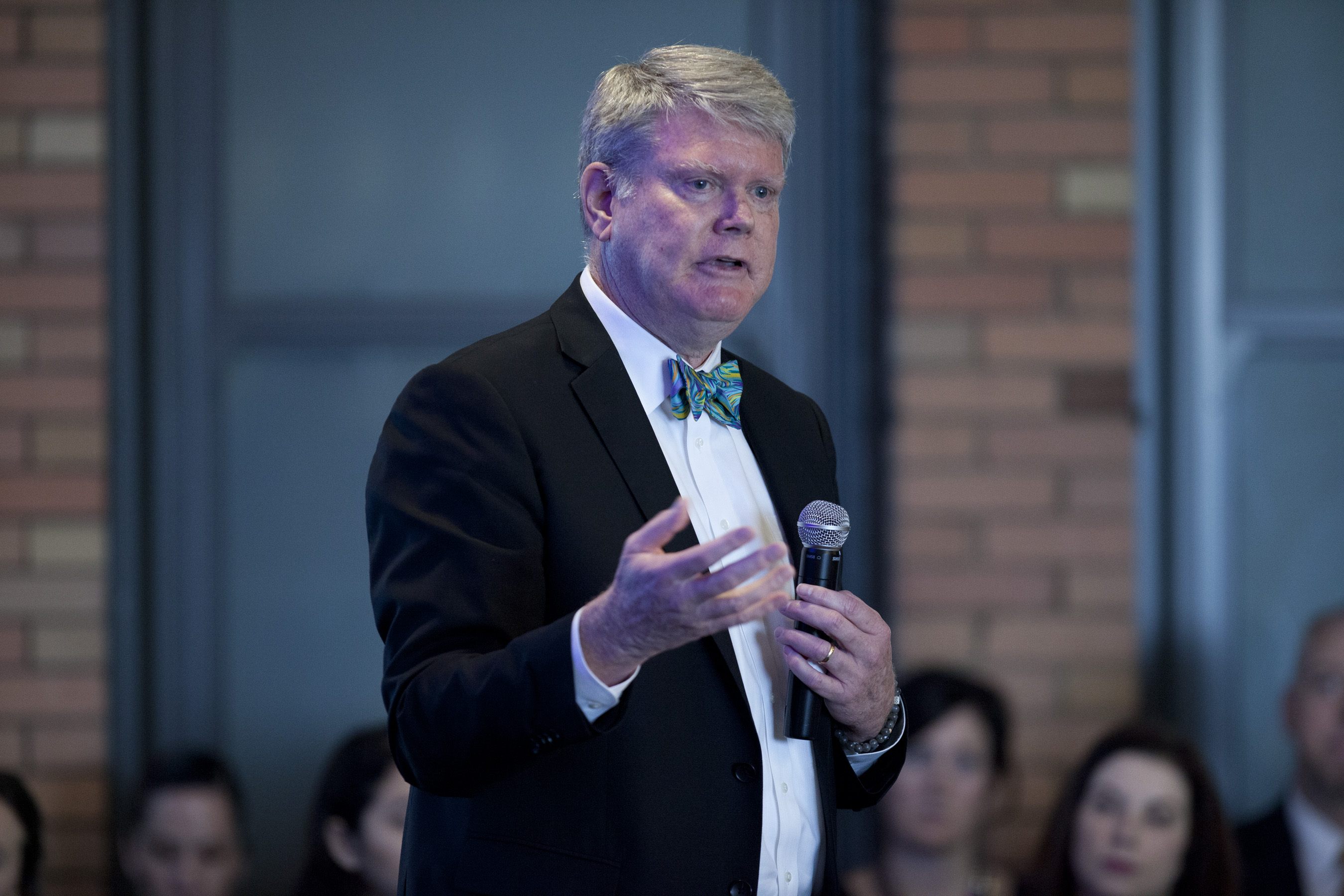 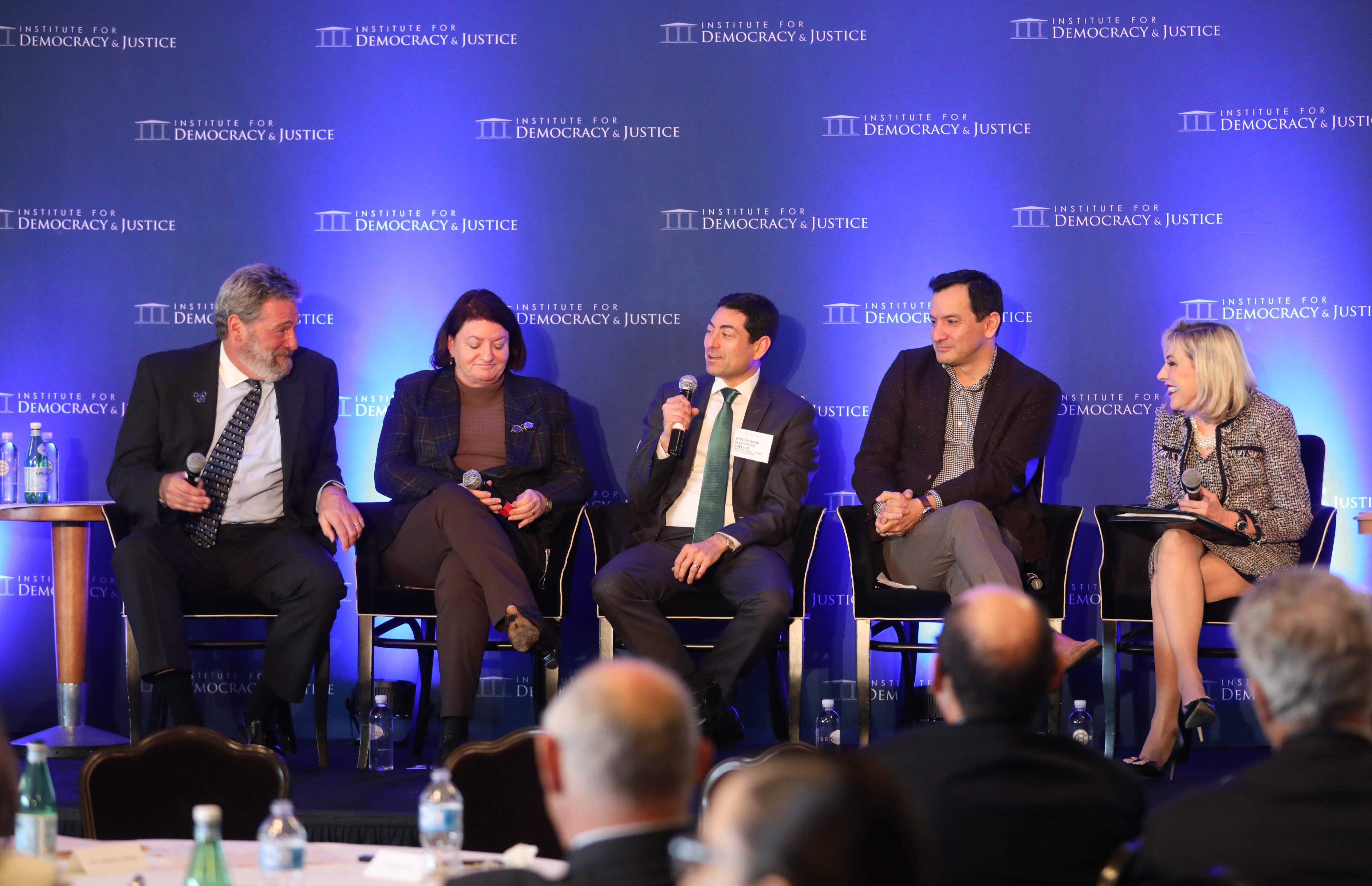 Leaders from the Legislature and the judiciary discussed ways in which the two branches of government can accomplish common goals.

The three-hour summit was kicked off with a video greeting by U.S. Senator Kamala Harris, a former honorary co-chair of the IDJ. The summit consisted of two moderated panels that focused on how the Legislature and the judicial branch approach similar issues in pursuit of justice. Berkeley School of Law Dean Erwin Chemerinsky moderated the first panel, which featured U.S. District Judge Ed Davila, State Senator Hannah-Beth Jackson, Assemblymember Mark Stone, and Justice Chin.

“Why did I convene this meeting of those who write the laws and interpret the laws?" posed the Chief Justice. “It starts with justice, the hallmark of our democracy. The first duty of society is justice."

Congratulations to #California Supreme Court Chief Justice Cantil-Sakauye for an incredible day of engagement and discussion on the important relationship between our two branches of government pic.twitter.com/gnu0mycpvq 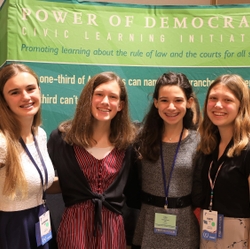 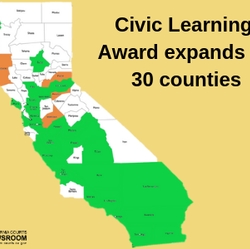