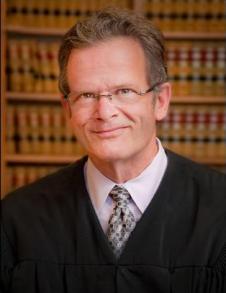 “Judge Nadler is an excellent fit for the Judicial Council,” said the Chief Justice. “When considering appointments to open seats, I take into consideration diversity—including geographical diversity—background, expertise, and the ability of a candidate to have a statewide perspective. He’s a former presiding judge in a medium-sized court, has broad experience on statewide judicial branch issues, and has a well-earned reputation as an independent thinker who is deliberative, civil, and collaborative. I look forward to working with him on the council.”

Currently assigned to the civil division of the Superior Court of Sonoma County, Judge Nadler served as its presiding judge from 2009 to 2011. Since his appointment to the bench in 2002, he has served on a number of Judicial Council committees and task forces.

Judge Nadler also provides leadership in the area of judicial education. He has served on the Civil Law Education Committee for the Center for Judiciary Education and Research since 2005. He teaches extensively in continuing education for California judges, including new judges, serving as a faculty member for the Bernard E. Witkin Judicial College, the annual two-week program for new judges. A co-author of California Discovery Handbook, he has authored action guides relating to civil discovery for the Continuing Education of the Bar.

Judge Nadler is also a long-standing adjunct professor at the University of San Francisco School of Law, from which he received his law degree. Active in the California Judges Association, he currently serves on its government relations committee.

According to the state Constitution, the Chief Justice chairs the Judicial Council and appoints one other Supreme Court justice, three justices from the courts of appeal, 10 trial court judges, two nonvoting court administrators, “and any other nonvoting members as determined by the voting membership of the council.” Members serve three years, and new council members begin serving in September. The State Bar’s governing body appoints four members, and the state Senate and Assembly each appoint one member. The council currently has 11 advisory members.